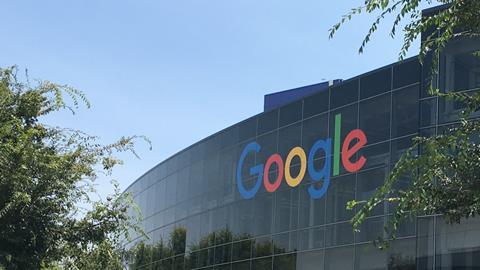 Joining in the preliminary multistate investigation of Google are attorneys general from 48 states, the District of Columbia, and Puerto Rico. The two states not involved are Alabama and California, where Google is headquartered.

The main focus of the multistate, bipartisan investigation is on Google’s overarching control of online advertising markets and search traffic that may have led to anti-competitive behavior that harms consumers, particularly given Google dominates the buyer side, the seller side, the auction side, and even the video side with YouTube. “Everything we have requested so far is related to advertising,” Paxton said during a press conference. “If there are other facts that demonstrate that we need to go in another direction, we will talk about it.”

“Past investigations of Google uncovered violations ranging from advertising illegal drugs in the United States to now three antitrust actions brought by the European Commission,” said the Texas Attorney General’s Office. “None of these previous investigations, however, fully address the source of Google’s sustained market power and the ability to engage in serial and repeated business practices with the intention to protect and maintain that power.”

“The Internet is the superhighway of information, and what we have found is that Google is the one that is directing most, if not all, the traffic on this highway,” Indiana Attorney General Curtis Hill said during the press conference. “It’s important that we determine for our states whether this traffic determination is being done in a fair manner. We certainly want to make sure that the Internet has competition—and, more important, we want to make sure we are preserving innovation.”

Another focus of the investigation is Google’s access to the market, whose business model is based on the accumulation of data, said Tennessee Attorney General Herbert Slatery. “Our question is, ‘How do they protect that data?’ They could deny access of that data to other parties. We wonder if they have acquired companies in their nascent, new form to snuff out competition. Another way to preserve that data is to take a position in a company and find out what their technology is and then roll out their own competing services. All those areas we want to look at. Those are classic antitrust practices, and we want to be sure that there is competition for the consumer.”

Because the investigation has just begun, and information requests to Google have only just been issued, the state attorneys general said they cannot comment on any potential remedies at this time. “You have to find liability before you get to any remedies,” said District of Columbia Attorney General Karl Racine.

Without commenting on the Department of Justice’s antitrust investigation efforts, Racine did comment on the intensity of the states’ investigation into Google. “The state attorneys general are an independent bunch, and they can be quite tenacious,” he said. “So, I’m very confident this is going to be led by the facts and not be swayed by any conclusion that may fall short—if it is inconsistent with our facts—on the fed side.”

The investigation is garnering lots of attention overseas, as well. The fact the United Kingdom, France, Australia, and the European Commission are also probing Google over antitrust “indicates that it’s a significant issue,” said Nebraska Attorney General Doug Peterson.

On Aug. 30, Alphabet, the parent company of Google, disclosed in a Form 8-K filing that it also had “received a civil investigative demand” from the Department of Justice “requesting information and documents relating to our prior antitrust investigations in the United States and elsewhere.”

“We expect to receive in the future similar investigative demands from state attorneys general,” Alphabet disclosed at the time. “We continue to cooperate with the DOJ, federal and state regulators in the United States, and other regulators around the world.”