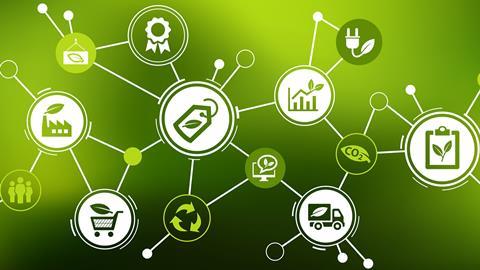 How to prepare for SEC’s climate-related disclosure rule

The climate-related disclosure rule proposed by the Securities and Exchange Commission (SEC) this week attempts to elevate public companies’ evaluation of climate risk from nice-to-have to must-have.

The rule, if finalized, will reward companies that have already been assessing and reporting on climate-related risks to their financial performance. And it would force companies that have been reluctant to initiate a self-examination of their environmental impact to do so, posthaste.

One key question companies must ask themselves to comply with the rule is which climate-related risks are material—that is, which risks are deemed to potentially have actual or likely financial impacts on the business, its strategy, and outlook. The SEC has made it clear it would examine these determinations of materiality closely and hold companies to account should they attempt to minimize or discount them.

“We are crossing the Rubicon,” said Maura Hodge, partner and national environmental, social, and governance (ESG) assurance leader at KPMG IMPACT. “Under the proposed rule, climate-related financial disclosures will not be theoretical but a baseline expectation with requirements for reasonable assurance for direct and indirect emissions.”

“You can’t just say you’re looking to be net zero without being able to prove it. You’ve got to put your money where your mouth is and disclose how you’re doing it.”

The earliest large accelerated filers would be required to make climate-related disclosures would be for fiscal year 2023; for accelerated and nonaccelerated filers, FY2024; and for smaller reporting companies, FY2025, according to a fact sheet that accompanied the proposed rule.

“In some ways, we’re just catching up to what some companies, countries, and even states are already requiring,” said Brian Israel, partner at law firm Arnold & Porter. “I think large companies have been prepping for this day for a while.”

If these requirements are new to a company, where should they begin?

“The SEC is asking boards to step back and think about climate risks as they relate to the overall strategy of the company,” said Maria Moats, leader of PwC’s Governance Insights Center. “They will have to describe how management oversees this and how that relates to the overall process. This is a big change in terms of disclosure.”

Another important step for companies is to pull together an inventory of all the climate-related data they already collect and conduct a gap assessment against what the rule requires, said Hodge.

“Figure out what the company is already doing and what else it needs to be doing to comply,” she said.

Dig into the data to understand what you have, she said, and to understand the materiality of that data. Consider technology enhancements that might help pull this data together more efficiently. For example, many firms list the cost of electricity on financial statements but total consumption elsewhere, even though both figures appear on the same invoice. Consider treating electricity consumption with the same rigor and oversight as cost, Hodge said.

Another aspect of the proposed rule would be accountability for promises made. If a company says it has set a goal to be net zero regarding greenhouse gas (GHG) emissions by a certain date, the rule says it would have to back up that claim with verifiable data.

“You can’t just say you’re looking to be net zero without being able to prove it,” said Alfredo Silva, partner at law firm Morrison & Foerster. “You’ve got to put your money where your mouth is and disclose how you’re doing it.”

Among other far-reaching mandates contained in the rule, companies would have to disclose physical climate-related risks posed to their operations by natural disasters like wildfires, change in sea level, and hurricanes as well as transitional risks posed by changes in regulatory policy or consumer behavior.

There will be some trip points for companies trying to make this assessment, said Cynthia Mabry, partner with law firm Akin Gump Strauss Hauer & Feld.

“The SEC is asking boards to step back and think about climate risks as they relate to the overall strategy of the company. They will have to describe how management oversees this and how that relates to the overall process. This is a big change in terms of disclosure.”

“It’s one thing to say you need to raise your buoys to deal with rising sea levels,” Mabry said. “It’s a completely different thing to say you’re winterizing equipment in West Texas or adding new safety equipment for fire protection. Is it all climate change or routine maintenance capital expenditures?”

Many large companies are already obtaining attestations on their GHG emission figures from consultants or auditing firms, Silva said, but mid-sized and smaller companies might have to seek out impact assessment consultants to help them meet this requirement.

Silva indicated there are a plethora of firms in the market already providing carbon and other impact certifications, many of which are likely to meet the qualifications for third-party attestation set forth in the proposed rule. Some of these firms include ISS Corporate Solutions, The Carbon Trust Standard, Ethos ESG, Climate Neutral, AEE, and SCS Global Services.

Companies would also have to measure and track GHG emissions generated in their supply chain and customer base (Scope 3), which would require assessing the carbon footprint of entities outside their own operation. Complying with this part of the proposed rule might prove the most challenging of all, which is likely why the SEC is delaying compliance for Scope 3 emissions until a year after Scope 1 and 2 and exempting smaller reporting companies from the requirement. The agency is also providing companies with a legal safe harbor on their Scope 3 emissions disclosures made in good faith, as well as making attestation voluntary.

The proposed rule might also affect private companies, even though they are not regulated by the SEC, said Elizabeth Dawson, counsel at law firm Crowell & Moring.

The rule’s transparency requirements on GHG emissions, for example, might flow downstream to private companies feeling pressure from business partners, clients, and customers to evaluate their own carbon footprint.

“This rule, if finalized, provides public companies with the leverage to push suppliers to be more transparent and make these measurements,” Dawson said.

If they do not already do so, public companies might begin requiring their suppliers and vendors to provide their GHG emission figures in contracts, either when signing on new vendors or renewing existing contracts, Silva said.

“They’ve got to get that data from somewhere,” he said, noting climate-related information sharing requirements could also be included in sales and distribution agreements.

As companies evaluate the amount of work entailed to comply, they should begin assessing the potential legal and regulatory risks around climate change and develop an estimate on how much complying with the new rule would cost, said Matt Franker, of counsel at law firm Covington & Burling and a former attorney adviser to the SEC’s Division of Corporation Finance.

“Every public company should be thinking about disclosing the potential impact of the SEC climate change disclosure requirements,” Franker said. The costs would not be limited to the first year the rule takes effect and subsequent years, he said, but would be incurred in the year before compliance as well.