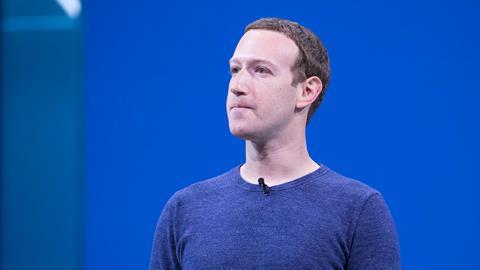 Facebook CEO Mark Zuckerberg met with about a half dozen senators at a dinner this week before visiting the White House to meet with President Trump. The key focus of the visit: discussing the future of internet regulation.

Facebook, along with the chief executives of other major tech giants, are also under pressure to produce internal documents in the coming weeks under a formal request by lawmakers surrounding an antitrust investigation.

The dinner, arranged at Facebook’s request, marked the first known visit back to Washington D.C. since Zuckerberg testified before Congress in April 2018 for the company’s data privacy practices—or lack thereof. Topics discussed at the informal meeting included “the role and responsibility of social media platforms in protecting our democracy and what steps Congress should take to defend our elections, protect consumer data, and encourage competition in the social media space,” a spokesperson for Sen. Mark Warner (D-Va.) told CNBC.

One of the more tense moments of Zuckerberg’s visit was when Sen. Josh Hawley (R-Mo.), one of Facebook’s biggest critics, suggested to Zuckerberg that he sell WhatsApp and Instagram, Hawley told reporters following his private discussion with Zuckerberg. “I said to him, ‘Prove that you’re serious about data. Sell WhatsApp and sell Instagram. Sell them right now, and show that you have confidence in your core product, in the core Facebook product, prove that you don’t have to buy companies to innovate, that you can still design stuff at Facebook without just going to competitors, prove that you’re not afraid of competition.’”

“I think it’s safe to say that he was not receptive to those suggestions,” Hawley said.

Facebook—along with Amazon, Apple, and Alphabet (Google’s parent company)—are all facing intensified pressure from U.S. lawmakers and enforcement authorities to produce in the coming weeks internal documents and executive communications as part of several ongoing investigations into whether these tech companies are engaging in anticompetitive conduct.

On Sept. 13, members of the House Judiciary Committee sent individual letters to the executives of Facebook, Amazon, Apple, and Alphabet seeking formal document requests for information about their business practices. The sort of information they are seeking, as described in the letters to the tech CEOs, include everything from e-mails between executives, a list of their products and services, their top competitors, and their market share in key businesses, like online advertising and e-commerce. The companies have until Oct. 14 to produce these documents.

“This information is key in helping determine whether anticompetitive behavior is occurring, whether our antitrust enforcement agencies should investigate specific issues and whether or not our antitrust laws need improvement to better promote competition in the digital markets,” David Cicilline, (D-R.I.), chairman of the Subcommittee on Antitrust, Commercial and Administrative Law, said in a statement.

On June 3, the Committee announced the top-to-bottom review led by the Antitrust Subcommittee will focus on three main areas: documenting competition problems in digital markets; examining whether dominant firms are engaging in anti-competitive conduct; and assessing whether existing antitrust laws, competition policies, and current enforcement levels are adequate to address these issues.

The Committee’s investigation is just one of several with which Silicon Valley tech companies are grappling. In September, nine attorneys general announced a multistate investigation into Facebook over antitrust concerns. And in July, the Department of Justice announced it was opening an investigation into the power and practices of online platforms.