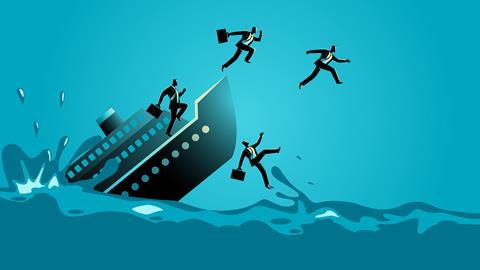 Visa, Mastercard, and a handful of other companies have followed in the footsteps of PayPal, abandoning the Facebook-led Libra Association amid harsh regulatory criticism surrounding the planned cryptocurrency offering.

Stripe, eBay, and Mercado Pago also dropped out Friday, while online travel company Booking Holdings joined in jumping ship Monday. The exodus leaves the Libra Association with only one remaining payments company, PayU, and 21 initial members, as opposed to the 28 that were on board when the project was first announced in June.

PayPal was first to bail earlier this month, before it was announced Facebook CEO Mark Zuckerberg will testify before the House Financial Services Committee on Oct. 23 looking to defend the digital currency. House Financial Services Committee Chair Maxine Waters (D-Calif.) sent a letter to Facebook in July requesting an immediate moratorium on the implementation of Libra, which was initially planned to be available as early as 2020.

Lyft, Uber, and Spotify were among the 21 organizations to sign onto the Libra Association charter as announced Tuesday. Facebook is represented in the group by its subsidiary Calibra, which will act as a digital wallet for Libra.

“The Association is eager to pursue its mission of building a better payment network, broadening access to essential financial services, and lowering costs for billions of people who need it the most,” the group said in a press release. “As an association, members will continue critical work with applicable regulators around the world, begin the important process of standing up a governance and policy structure and create a transparent membership criteria and admissions process that will be applied in a uniform and non-discriminatory manner to begin welcoming the first wave of new members.”

According to the Association, “over 1,500 entities have indicated interest in joining the Libra project effort, and approximately 180 entities have met the preliminary membership criteria.”

Upon its announcement, the Libra Association aimed to be comprised of 100 members, each paying $10 million for their spot.