After five years remaking the culture of Volkswagen (VW) in the wake of its Dieselgate scandal and subsequent U.S. compliance monitorship, Hiltrud Werner glowed with a deserved sense of pride in the lead-up to her departure from the German auto giant last week.

“I had a five-year contract, [and] that contract ends Jan. 31. That will be my last working day, so I’m not leaving early. I put all my energy into this company to the last moment,” she told Compliance Week in a video interview prior to her departure. Werner served as VW’s board member responsible for integrity and legal affairs. “I’m very thankful for the job I was assigned.” 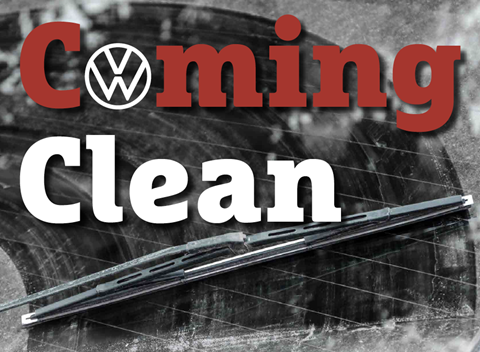 Compliance Week produced an in-depth case study on Volkswagen’s Dieselgate compliance monitorship, the lessons learned, and the steps the company took to turn around its culture. CW writer Aly McDevitt interviewed senior officials on both sides of the monitorship and reviewed hundreds of pages of court documents and internal company publications. Insights gleaned from her exploration are at the heart of our comprehensive study of this high-profile compliance monitorship. CW members can explore the case study here. If you aren’t a member but are interested, sign up for a membership now for our lowest price of the year: $199.

When Werner’s tenure began in early 2017, VW was at the beginning of a long, unpleasant road. Three weeks had passed since the company pleaded guilty to three felony counts in the United States stemming from its emissions scandal.

The international spotlight on VW’s wrongdoing and cover-up battered national pride. Behind the company’s walls, employee morale was low and fear high. No one knew what to expect from the independent compliance monitor, former U.S. Deputy Attorney General Larry Thompson, and his team of legal experts when they began their work.

The scope of Werner’s remit was both daunting and ambitious. She was tasked with overseeing the company’s compliance, risk management, legal, and integrity functions; building an ethical speak-up culture across the organization’s 12 brands; serving as point of contact with Thompson and the U.S. Department of Justice; and overseeing Volkswagen’s monitor liaison office.

Thompson, whose “tough but fair” reputation preceded him, set a high bar for VW to reach over the course of the monitorship. Werner’s team of legal, compliance, and risk experts united all 12 brands under one code of conduct for the first time in company history; launched the Together4Integrity campaign (involving international roadshows, locally managed integrity workshops, and more); rolled out a new integrity and compliance management system; and implemented metrics of cultural change.

“Hiltrud Werner came to VW to do a big job and was asked to change the company, monumentally and fundamentally, in a relatively short time. She changed the course of the entire organization and the lives of many who now know it is OK and encouraged to speak up,” said Stephanie Davis, VW Group of America’s chief ethics and compliance officer.

“[A]ll the other people that stay with the right mindset, the knowledge, and the hundreds of hours of compliance training they have achieved. … This is my real legacy.”

Hiltrud Werner, on leaving her mark at Volkswagen

Asked how VW now stands in terms of compliance and integrity compared to when she began her role, Werner answered, “VW is not the same company anymore as it was 5-6 years ago. I really think the most important bit is compliance is very close to the business. We have a mature and modern compliance system.”

New goals and challenges are on the horizon for VW. The auto giant is looking squarely at a future of autonomous driving and a carbon-free economy while also tackling macroeconomic distortions in China and new competitors. The message Werner and her team took pains to impart upon employees—that compliance has no finish line—will only grow in importance as broad priorities shift.

Thus, Werner’s legacy isn’t just structural. Yes, she strengthened corporate governance on compliance with a breadth of new processes, but she also—more artfully—ushered in a new cultural era. She restored employees’ pride in the company.

“VW has understood more than ever we are a huge family with 670,000 employees, and that individual misconduct, even in a smaller group, can impact the whole organization. That means people everywhere in the world are more alert. They are better prepared to recognize misconduct quickly, stop it quickly, and make sure it’s punished,” said Werner.

Her departure is not a surprise to Werner, nor is it unwelcome. The time is right, she said, as VW concluded its internal investigation into the Dieselgate case in 2021.

“When a scandal is investigated and has come to an end, those faces that are linked with the investigation are also exchanged. For me, this is something I fully accept. I think it’s a great chance for VW to rechange the composition of the board,” she said.

“Hiltrud Werner came to VW to do a big job and was asked to change the company, monumentally and fundamentally, in a relatively short time. She changed the course of the entire organization and the lives of many who now know it is OK and encouraged to speak up.”

While Werner remained the only female representative on the group board throughout her tenure, the company’s recent spate of managerial changes led to two new female board members.

“When I look back, I see my achievements in two points,” Werner said when asked to describe her mark on the company. “No. 1 is all the results of the last 1-5 years, but No. 2—and this is the sustainable part—is all the other people that stay with the right mindset, the knowledge, and the hundreds of hours of compliance training they have achieved. … This is my real legacy.”

While Werner could not disclose specific details about her next professional step, she teased she is “worldwide flexible.”

“I cannot say whether [my next job] will be in the U.S. or China, Germany or the U.K,” she said. She is going to take some time to “relax,” although that term is subjective; she still works on two foundations, serves several supervisory bodies, and plans to get more involved in the university sector in the interim. Wherever Werner lands professionally, it will not become public for six months to a year.

Thinking about her last day at VW, Werner said, “It’s good for me that I only hand in my badge at the front door but not my experience and my knowledge. I will continue to work based on that.”