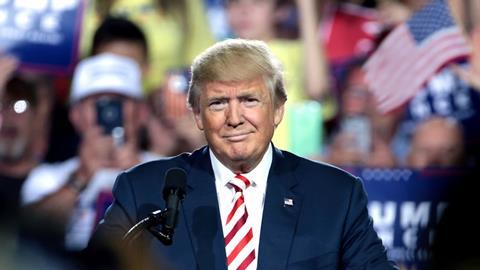 From our perspective here at Compliance Week, we see chief compliance officers come and go on a fairly regular basis.

In many instances, the changing of the guard is a good thing for all involved. A CCO sees a step along their career path and clears space for another CCO to do the same. In most cases, these job changes merit congratulations, not investigations; applause, not scrutiny.

That is not necessarily the case, however, when a CCO in the shadow of a U.S. President is replaced.

According to a report this week in the Wall Street Journal, George Sorial, who worked for The Trump Organization since 2007 and served as chief compliance counsel, is stepping down from that post. The stated reason: He wanted extra time to promote a new book he co-authored.

Sorial will be replaced by Jill Martin, currently the assistant general counsel at the company.

Typically, when we see a scandal-plagued company hire a CCO, if that firm is indeed serious and penitent, a top-of-the-profession compliance officer is brought in. If, for example, your company is plagued by AML deficiencies, the smart move is to hire a money laundering expert. This strategy will usually appease regulators, legislators, and the general public. The compliance job is comparable to three-point-turning an aircraft carrier, but ultimately necessary and worth the effort.

That time-tested template seems to be of little use to the Trump family and whoever else had a hand in the new hire for its business empire.

Before going any further, we need to stress a few caveats. The Trump Organization, currently managed by the President’s sons, Don Jr. and Eric, is not necessarily scandal-plagued, so much as under perpetual scrutiny and criticism. Those concerns are, in large part, a side effect of Trump’s decision to not fully divorce himself from running that business and the risk that raises for a violation of the Constitution’s “emoluments clause,” a prohibition on elected officials receiving payments and profiting from business dealings with foreign governments.

Whether that concern and scrutiny is justified is a debate we won’t wade into. We also will not question the skill or integrity of the company’s new CCO. Instead, the concerns we will voice are focused on process and previous actions. To start with, a talent search and formal hiring process should have led to a hire, even if Martin was still the eventual pick. Instead, it seems as though the post was filled merely by tapping the next person in line who is unfazed by doing things the Trump Way.

The Trump Way? Well, that’s the ethically murky willingness to “bend” rules and twist procedural norms to curry favor with the President. Martin, for example, was part of the legal team trying to silence adult-film star Stormy Daniels as she spoke publicly about hush money Trump paid in exchange for her silence regarding a purported one-night stand. According to the Journal: “[Martin] said in a statement—which people familiar with the matter said was approved by Eric Trump—that she had facilitated the filing ‘in her individual capacity’ and that ‘the company has no involvement in the matter.’”

Martin has also defended the President against fraud allegations related to the failed “Trump University” and has served as a supportive talking head on cable television news programs.

A better, more thorough CCO search process—one that focused on resolving potential conflicts of interest and stressing independence—might have helped squelch the predictable retorts from critics in social media’s peanut gallery. Among the reactions on Twitter to the new CCO’s hiring:

“Trump Org has a compliance official??? Is it still April 1st?”

“Trump Organization is to compliance what Cosa Nostra is to law and order!”

“Compliance Officer at the Trump Organization is a job the Maytag repairman would find boring.”

Hiring an entrenched figure like Martin to serve as CCO could come back to haunt the Trump Organization. Setting aside Congressional foes, New York Attorney General Letitia James has been aggressively investigating Trump’s companies and foundation. She has pledged to “use every area of the law” in her efforts, including a focus on what she sees as potential tax evasion and money laundering.

If James does indeed produce potentially company-killing charges, the current compliance organization is unlikely to yield any benefits or defense.

Martin is undoubtedly a very skilled attorney and an asset for The Trump Organization. As a CCO, however, we must question whether she is too close and loyal to the Trump family—and unquestioning when it comes to questionable demands—to be effective in her new role as a moral compass and arbiter of regulatory compliance.

For any company, not just one with as many unique characteristics at The Trump Organization, a compliance officer cannot be picked based on past loyalty or an assumption they will “play ball.” Independence and respect must be a mutual priority among all parties. A CCO’s role is not to bail you out; it is to keep your firm on a straight and narrow path. Their job is to challenge corporate leadership, not acquiesce to their demands and help sweep everything under an already lumpy rug.