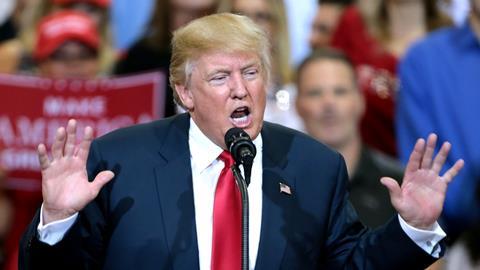 The Trump administration is trying a new strategy to seize control over independent agencies’ rulemaking processes and the guidance they issue. Traditionally, the President has only had a bully pulpit to exert influence on the rules these agencies pursue.

The Office of Management and Budget has published a memo for all federal agencies telling them that effective May 11, they must submit all proposed rules and regulatory guidance to the Office of Information and Regulatory Affairs. OIRA bureaucrats then rule on whether a proposed rule is “major” or “minor,” according to parameters of the Congressional Review Act, a favorite tool of Republicans for squashing Democrat-led legislation and regulation.

“The Constitution vests all Federal legislative power in Congress,” he wrote. “In our system of separation of powers, agencies may prescribe rules only insofar as they have statutory authority delegated to them by Congress. The Congressional Review Act (CRA), enacted in 1996, establishes a mechanism by which Congress is able to exercise direct oversight of Federal agency action in real time, consistent with its role as the sole constitutionally authorized legislative authority.”

The memorandum, he wrote, “reinforces the obligations of Federal agencies under the CRA in order to ensure more consistent compliance with its requirements across the Executive Branch.”

The CRA provides that agencies must submit “rules” to Congress. It may then pass a joint resolution of disapproval that, if signed by the President or enacted over the President’s veto, invalidates the rule. If a rule is disapproved, an agency may not issue another rule in substantially the same form unless the new rule is specifically authorized by a law enacted after the date of the joint resolution disapproving the original rule.

The memo stresses that CRA uses the Administrative Procedure Act (APA) definition of “agency,” which includes “each authority of the Government of the United States” as well as the historically independent agencies. The CRA also applies to more than just notice-and-comment rules; it encompasses a wide range of other regulatory actions, including, inter alia, guidance documents, general statements of policy, and interpretive rules.

The CRA does specifically exempt rules concerning monetary policy developed by the Board of Governors of the Federal Reserve System or the Federal Open Market Committee and rules promulgated under the Telecommunications Act of 1996 and subsequent amendments.

Trump’s previous effort to control rulemaking did not include independent agencies located outside the Cabinet. These include the Federal Deposit Insurance Corporation, the Federal Trade Commission, the Small Business Administration, and the Securities and Exchange Commission. The new memo seeks to change that, although it is likely that a legal challenge will make a final determination.