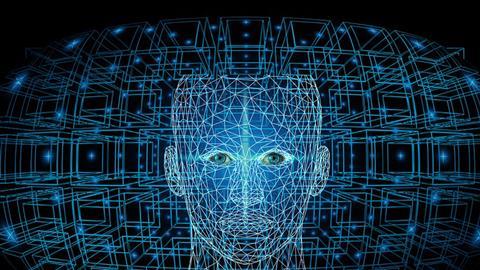 When Anthony Dell sits down with a new client to begin tackling a compliance problem, the first question he typically hears is probably reflective of the wary eye many compliance officers may be casting over technology these days.

“So, when are we going to be replaced by robots?” clients ask Dell, who is founder of consultancy Compliance By Design.

His simple, candid reply: “Not any time soon.”

Dell follows with a caution, however, that should put compliance professionals on their toes. “You might soon be replaced by people who know how to use them,” he says.

Compliance officers need to equip themselves to let machines do what they do best, which is to process and sort volumes of data, so people can focus on the value-add that only human thinking can bring — judgment and strategy, says Dell.

Susannah Hammond, senior regulatory intelligence expert for Thomson Reuters Regulatory Intelligence, says the human element will always be a critical component of an effective compliance strategy, regardless of advances in technology. “There absolutely still needs to be human thinking and accountability,” she says.

“We’ve spent too much time trying to gather data and massage data and not enough time analyzing data, which causes us issues at the end of the process. This makes processes more efficient so we have more time to do analysis on the data.”

A recent enforcement action against Transamerica demonstrates the danger of humans placing blind reliance on technology, says Hammond. The Securities and Exchange Commission determined Transamerica affiliates enticed investors to put billions of dollars into mutual funds and investment strategies that relied on faulty models built by an inexperienced junior analyst.

Transamerica affiliates deployed the models without adequate process or testing to assure they operated as intended, the SEC said, misleading investors about how their money was being managed. The SEC levied fines of more than $97 million.

“The algorithm they used seem to talk to retail investors,” says Hammond. “It was complete garbage. It was badly programmed, badly explained, and not actually what was happening.” As long as people continue to be held accountable, they need to be involved in terms of understanding what the technology is doing and what intelligence it is producing, she says.

Brian Christensen, executive vice president focused on internal audit at consulting firm Protivit, says he often hears the question about whether technology will eventually replace people. “Will bots replace the personnel doing the day to day work?” he says.

So far, that’s no happening, says Christensen. Technology so far is relieving people at all levels of the routine, time-consuming tasks associated with gathering or mining data, but there are still plenty of opportunities to be found in the accounting and finance area in particular for people who equip themselves with the right skills.

The writing is on the wall for those managing the data to raise their game in terms of their ability to think analytically and strategically about what they get out of technology, says Christensen. He’s a believer that accountants and auditors, at least, are up for the challenge.

“Auditors are very skilled at the capabilities that can drive them to this path in the future,” says Christensen. “They have the attributes necessary to succeed in that workspace, but they need to adapt and learn this technology.”

Those that resist change, which is not an uncommon human tendency, are the ones at risk, in Christensen’s view. “They run the risk of becoming obsolete in the workplace of tomorrow,” he says.

Stacy Gilbert, senior vice president at KeyBank, says humans still have plenty of work to do to simply gather and assemble or organize data. “We’ve spent too much time trying to gather data and massage data and not enough time analyzing data, which causes us issues at the end of the process,” she says. “This makes processes more efficient so we have more time to do analysis on the data.”