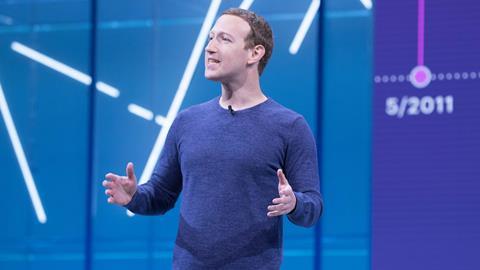 Even under growing federal and state animosity and threats to split apart its business components using antitrust laws, Facebook continues to execute on bold expansion plans.

This week, the social media giant announced it is plunging into the cryptocurrency space with a new offering called Calibra. It is a digital wallet for Libra, a global currency powered by blockchain technology. The wallet will be available in Messenger, WhatsApp, and as a standalone app. Facebook expects the offering to launch in 2020.

In its announcement, Facebook attempts to cast the launch as a response to global financial needs.

“For many people around the world, even basic financial services are still out of reach: Almost half of the adults in the world don’t have an active bank account, and those numbers are worse in developing countries and even worse for women,” the release says. “The cost of that exclusion is high—approximately 70 percent of small businesses in developing countries lack access to credit, and $25 billion is lost by migrants every year through remittance fees.”

“From the beginning, Calibra will let you send Libra to almost anyone with a smartphone, as easily and instantly as you might send a text message and at low to no cost,” the announcement adds. “In time, we hope to offer additional services for people and businesses, like paying bills with the push of a button, buying a cup of coffee with the scan of a code, or riding your local public transit without needing to carry cash or a metro pass.”

Facebook offered “a sneak peek” at what the experience of using Calibra will be like, as well as security-related efforts: “When it launches, Calibra will have strong protections in place to keep your money and your information safe,” it says. “We’ll be using all the same verification and anti-fraud processes that banks and credit cards use, and we’ll have automated systems that will proactively monitor activity to detect and prevent fraudulent behavior. We’ll also offer dedicated live support to help if you lose your phone or your password—and if someone fraudulently gains access to your account and you lose some Libra as a result, we’ll offer you a refund.”

“Aside from limited cases, Calibra will not share account information or financial data with Facebook or any third party without customer consent,” it claimed. “This means Calibra customers’ account information and financial data will not be used to improve ad targeting on the Facebook family of products. The limited cases where this data may be shared reflect our need to keep people safe, comply with the law and provide basic functionality.”

Facebook will not have independent control of the implementation. It will have just one vote among 100 other companies in the Libra Association. Among those paying $10 million for membership are PayPal, MasterCard, Visa, Spotify, and Andreessen Horowitz.

Reactions to the plan have diverged. Among those weighing in were Congresswoman Maxine Waters (D-Calif.), chair of the House Financial Services Committee.

“With the announcement that it plans to create a cryptocurrency, Facebook is continuing its unchecked expansion and extending its reach into the lives of its users.”

“Facebook has data on billions of people and has repeatedly shown a disregard for the protection and careful use of this data,” she wrote in a statement. “It has also exposed Americans to malicious and fake accounts from bad actors, including Russian intelligence and transnational traffickers. Facebook has also been fined large sums and remains under a Federal Trade Commission consent order for deceiving consumers and failing to keep consumer data private and has also been sued by the government for violating fair housing laws on its advertising platform.”

“With the announcement that it plans to create a cryptocurrency, Facebook is continuing its unchecked expansion and extending its reach into the lives of its users,” she added. “The cryptocurrency market currently lacks a clear regulatory framework to provide strong protections for investors, consumers, and the economy. Regulators should see this as a wake-up call to get serious about the privacy and national security concerns, cyber-security risks, and trading risks that are posed by cryptocurrencies.”

Given the company’s “troubled past,” Waters requested that Facebook agree to a moratorium on any movement forward on developing a cryptocurrency “until Congress and regulators have the opportunity to examine these issues and take action.” She also wants executives to testify before her committee.

European leaders, among them Mark Carney, governor of the Bank of England, have also expressed skepticism and a desire for the project to meet only the highest regulatory standards.

Gabriel Hidalgo, managing director at K2 Intelligence, a 20-year-plus veteran in regulatory compliance and AML, including with cryptocurrencies and digital assets, shared his thoughts on Facebook’s latest initiative.

“Why now? Key players like Visa and MasterCard have historically been risk-averse institutions and have avoided dipping their toes in crypto, which makes the partnership with Facebook all the more significant,” he says. “Having strategic partners’ backing of Libra can help propel its authority and scale in the market and is one reason why this platform has appeal to major players in the space.”