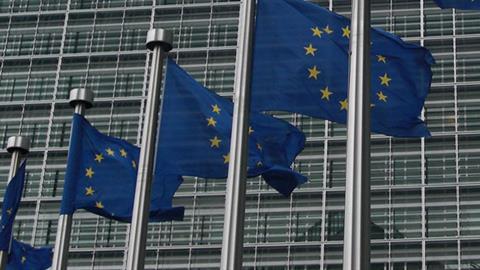 The European Union’s executive body has garnered a fearsome reputation as a keen defender of consumer rights and as a staunch critic of how Big Tech companies operate (and report profits). That trend looks set to continue as a new set of Commissioners takes over at the start of November.

Over the past few years the Commission has had several high-profile run-ins with technology firms and, as a powerful enforcer, the EU’s chief political body has emerged as the victor in these encounters.

Google is the most famous victim. This March, the Commission slapped Google with a €1.49 billion (U.S. $1.65 billion) fine—its third penalty in three successive years for breaching competition rules—for blocking rival online search advertisers from getting a foothold in the market.

Google’s first fine came in June 2017, when the Commission hit the company with a €2.42 billion (U.S. $2.67 billion) penalty for abusing its dominant position by promoting its own comparison shopping service in its search results (while demoting those of competitors). That was followed up in July 2018, when the Commission fined Google a record €4.34 billion (U.S. $4.79 billion) for using its Android mobile operating system and mobile apps and services to further cement the dominance of its own search engine.

In less than two years, Google racked up fines worth €8.25 billion (U.S. $9.11 billion) in total. The Commission is currently looking at whether other parts of Google’s business break EU competition rules, like its job search business known as “Google for Jobs,” which the EU fears could favor Google’s own service above those of competitors paying for similar services on Google’s platform.

“Advancing AI by collecting huge personal profiles is laziness, not efficiency. We can achieve both great AI and great privacy standards. It is not just a possibility—It is a responsibility.”

Other Big Tech firms have also felt the Commission’s wrath—or are about to. In August 2016, the Commission ordered Apple to fork out €13 billion (U.S. $14 billion) in unpaid taxes after it ruled Ireland broke state aid laws by reducing the company’s corporate tax rate down to 0.005 percent in order to preserve the country’s reputation of being investment friendly. And in May 2017 the Commission fined Facebook €110 million (U.S. $121 million) for providing it with incorrect or misleading information about its acquisition of WhatsApp, contrary to EU merger rules.

Scrutiny of Facebook’s activities is far from finished: The social media giant is facing several inquiries from national EU data regulators over possible violations under the General Data Protection Regulation (GDPR), while the Commission has said it is looking at Facebook’s plan for a new cryptocurrency, known as Libra, and whether it will create risks for competition. It has already warned it will be ready to act swiftly if any intervention should prove necessary.

Commission concerned Big Tech gets to have its cake and eat it, too

The attack on Big Tech is not just restricted to anti-competitive practices: how these firms collect, sell, use, and exploit customer and business data is of equal concern to both the Commission and national regulators. Amazon, for example, is being investigated over concerns the company’s use of data gathered from independent retailers that sell on its marketplace breaches EU competition rules. The Commission announced its investigation in July, saying that since Amazon acts as a marketplace as well as a retailer, it may be using sensitive data it has gathered about retailers’ activities, their transactions, and their products to unfairly give itself a competitive advantage. Some competition lawyers expect another colossal fine. Amazon denies wrongdoing.

One of the key concerns for the Commission is that technology-based companies act as both player and referee—they run a platform that provides the necessary infrastructure that allows the digital economy to work, and then compete (unfairly) with other companies that rely on it.

“There’s an obvious conflict of interest here, an obvious temptation to adjust the way the platform works, to favor their own services ahead of others,” said current Competition Commissioner Margrethe Vestager during a speech in Berlin on Aug. 27.

She took aim specifically at Google. Not only is its search engine dominant in every EU member state, but around 80 percent of the world’s smartphones and tablets use its Android operating system, which dominates the market for operating systems that other phone makers can use. Furthermore, Google has more than a 70 percent share in Europe’s online advertising market through leveraging its position as a leading advertising broker through its own platform.

“In all of these markets, Google [has] used its power to undermine competition and keep out innovation,” said Vestager.

EU countries are taking on Big Tech, too

It isn’t just the European Commission that is taking aim at the world’s biggest technology companies over competition issues, data privacy, and taxes.

In June, France became the first EU country to take the bold step of imposing a 3 percent tax on large tech companies’ local revenues (based on their total sales in France, rather than the profits they make globally) in an effort to claw back money. The tax, to be backdated to Jan. 1, will apply to tech companies with global sales of over €750 million (U.S. $829 million) and that make more than €25 million (U.S. $28 million) a year in France and will target tech firms that put other companies in touch with customers (like Amazon), digital advertising, and the sale of data for advertising purposes.

The new tax will affect around 30 companies—most of which are U.S.-based. The move has irked U.S. President Trump, who has vowed retaliatory measures.

In July, the U.K.’s competition watchdog warned the government may need to set up a new regulator to deal specifically with the market dominance of tech firms and how they use and sell customer data to maintain market share.

The Competition and Markets Authority (CMA) said it would consider a number of measures to increase consumer protection, including blocking technology giants from sharing data between different parts of their businesses as a way of boosting revenues through online advertising.

Such a move would mirror the approach already taken by Germany’s competition authority against Facebook earlier this year. In February the German watchdog, the Bundeskartellamt, barred the social media platform from pooling data collected from its Instagram app, other subsidiaries, and third-party Websites.

In April, the U.K. government unveiled proposals to force tech companies to comply with a statutory duty of care that would also make tech bosses personally liable for compliance failings.

More broadly, the Commission wants to examine “whether it’s right for companies like Google and others to have such control over the success or failure of other companies and be free to use that power in any way they like.” Some form of regulation looks highly likely. “We may find that we need regulation to make sure that these platforms use their power in a way that’s fair and doesn’t discriminate,” said Vestager.

In a speech in Bergen, Norway, on Sept. 4, Vestager added that one of the Commission’s main concerns is that in digitized markets, being big can give companies a huge head start over their rivals, which means that “the temptation for businesses to get big faster by undermining competition can be very high. And if they succeed, the whole market can quickly tip in their favor, driving out competition for good.”

Tech companies have welcomed the “opportunity” of reform and better regulation—albeit often with caveats. Apple’s chief executive, Tim Cook, has said the company supports a U.S.-style data protection law that mirrors Europe’s GDPR and has slammed developers and companies that use artificial intelligence purely as a way to gather even more data as nothing short of profiteering. “Advancing AI by collecting huge personal profiles is laziness, not efficiency. We can achieve both great AI and great privacy standards. It is not just a possibility—It is a responsibility,” Cook told attendees at the 40th International Conference of Data Protection and Privacy Commissioners in Brussels last October.

Meanwhile, in June, Sir Nick Clegg, Facebook’s vice-president of global affairs and communications and a former Deputy Prime Minister of the United Kingdom, said tech firms cannot police the internet on their own. And in a move that Facebook itself says may seem “counterintuitive,” the world’s biggest social media firm said it “wants to be regulated”—so long as the rules are “smart.” Critics were left unimpressed, complaining Facebook was merely pushing the onus for good governance on to regulators to set specific rules, rather than taking responsibility for their own actions themselves.

The EU’s focus on Big Tech is unlikely to be affected by a change in leadership—quite the opposite, in fact. Back in July, in her Political Guidelines setting out her agenda for Europe, incoming Commission President Ursula von der Leyen said that within her first 100 days in office she would put forward legislation for a coordinated European approach on the human and ethical implications of Artificial Intelligence, as well as set about creating a new Digital Services Act by the end of the year to “upgrade” liability and safety rules for digital platforms, services, and products. This would include forcing tech giants to remove illegal content from their Websites and platforms or face the threat of sanctions—a step that the United Kingdom is also reviewing.

And in her opening statement to persuade Members of the European Parliament (MEPs) to support her candidacy to be the next Commission President, von der Leyen also said technology companies will be under a watchful eye in terms of how they operate and how they report profits, saying she will “stand for fair taxes—whether for brick and mortar industries or digital businesses.”

She warned that if tech giants are making huge profits in Europe “by benefiting from our education system, our skilled workers, our infrastructure, and our social security” then “it is not acceptable that they make profits, but they are barely paying any taxes because they play our tax system.”

“If they want to benefit, they have to share the burden,” she said.

Google, Facebook, Amazon, Apple, and others should prepare for a long fight.