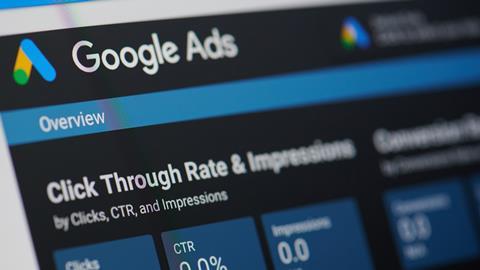 The Department of Justice (DOJ) is accelerating its antitrust investigation into Google’s market power and practices by taking a cold, hard look at the tech giant’s dominance in the digital ads space.

The DOJ has reached out to publishers, advertising technology firms, and advertising agencies to gain a better understanding of Google’s central role in, and pervasive control of, online advertising markets, sources told the Wall Street Journal. Frank concerns from publishers and adtech rivals revolve around Google’s dominance on the buy side, sell side, and auction side of digital advertising.

The tipping point of Google’s consolidated power may be tracked back to its 2008 acquisition of DoubleClick, an ad server that allows publishers to put ad space up for sale. Google forked over $1.8 billion for the software tool, which more than 90 percent of large publishers use today, the WSJ reports. A decade after the acquisition, Google integrated DoubleClick with its powerful tool, AdX Exchange (“AdX”), the industry’s largest digital ad marketspace. The two products were rebranded into one, Google Ad Manager, in 2018.

To gain a better picture of Google’s omnipresent leverage in online ad sales, note the number of Google tools integrated into each facet of the marketplace:

While Google’s central role in brokering online ad sales off its own platforms is immense, the revenues it takes away from the business are hardly more than a drop in the bucket for the tech giant. The company does not break out financial results for Google Ad Manager specifically, but its revenues fall under the umbrella of Google’s business of servicing its network of Website partners. That part of the business accounted for $21.5 billion, or 13 percent of the company’s overall revenue, in 2019, according to the WSJ.

The DOJ’s targeted focus on Google’s digital ad brokerage business helped trigger at least one unexpected event: the reclusion of the department’s chief antitrust enforcement official, Makan Delrahim, from the probe. The reason? Delrahim advised Google in 2007 as it sought approval from the Federal Trade Commission to buy DoubleClick—the catalytic acquisition on which Google’s towering digital ad business was built.

Delrahim previously received an ethics clearance to work on the Google antitrust investigation, but once the probe took a deeper dive into Google’s digital brokerage business, the clearance was reversed.

In a keynote address at Harvard Law School in November 2019, Delrahim made an ending remark that now strikes as somewhat ironic, given his unforeseen departure from the Google antitrust probe: “No firm, agency, or person is clairvoyant, but as we better understand the factors that bear on business conduct and transactions in data-intensive sectors, antitrust enforcers can better detect violations that threaten anticompetitive effects. … As famed mathematician and theoretical physicist Henri Poincaré said, ‘it is far better to foresee even without certainty than not to foresee at all.’”

Indeed, it would appear that he did not foresee the implications of Google’s 2008 acquisition of DoubleClick—or the ramifications of his facilitative role in the purchase.

Delrahim was absent from a joint meeting between DOJ officials and state attorneys general on Tuesday. In a probe separate from the DOJ’s, attorneys general from 48 states launched an investigation into Google for potential monopolistic business practices, led by Texas AG Ken Paxton, in Sept. 2019. Last fall, state officials subpoenaed Google with questions asking about the inner-workings of its adtech products, according to the WSJ. Tuesday’s joint meeting marked a potential step toward closer coordination of investigative efforts between federal and state authorities.

The DOJ announced it was opening an investigation into Big Tech as a whole in July 2019. In January of last year, Attorney General William Barr expressed concern over the seemingly unbridled growth of large technology companies like Google and said he was interested in “learning more about how the Antitrust Division has been functioning and what their priorities are.” Now, Barr is singing a different tune. In an interview with The Wall Street Journal’s CEO Council in December, Barr expressed a desire to “fish or cut bait” on the probe by the end of 2020.