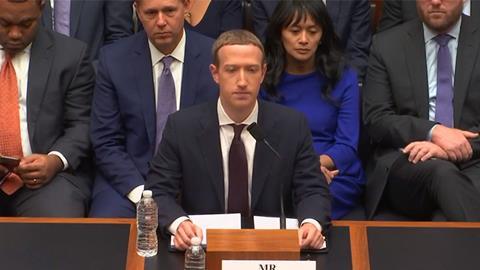 Asked whether he identifies as a capitalist or a socialist by one Congressional representative and told “you have ruined the lives of many people” by another, Facebook CEO Mark Zuckerberg endured more than five hours as the sole witness in a House Financial Services Committee meeting Wednesday that largely focused on his company’s plans regarding the Libra digital payment system but also touched on a host of alleged ills.

The company’s reticence to fact-check political ads and its problems with advertisers who were able to prevent some platform users from seeing certain housing ads all were on legislators’ list of gripes about the social media platform.

Facing criticism from some committee members who lectured him variously on how end-to-end encryption could mask online sex trafficking, the importance of allowing anti-vaxxers to share their perspectives, and the low wages Facebook’s content monitors earn, Zuckerberg patiently described Facebook’s privacy initiatives and efforts to minimize the spread of misinformation and promised repeatedly Facebook would not launch a digital payment system until U.S. regulators approve it. He also acknowledged being a capitalist.

Why Libra? Why Switzerland?

Committee Chair Maxine Waters (D-Calif.) kicked off the hearing by raising concerns about Facebook’s development of Libra, which she described as a digital currency but which Zuckerberg repeatedly maintained is a digital payment system. “We are not a bank,” Zuckerberg said of Libra and the digital wallet Calibra. “We are not applying for a bank charter.” Facebook announced its plan to develop the digital asset earlier this year through the independent Libra Association.

Zuckerberg observed that “more than a billion people around the world” don’t have access to bank accounts, a scenario that “has real consequences.” The problem, in part, he maintained, is that “the financial industry is stagnant” and “financial infrastructure in the United States is outdated.” He also mentioned the risk of not innovating and reported China has already embarked on a public-private partnership to develop a digital renminbi (the currency in China).

Ultimately, Libra “could be important for extending America’s financial leadership,” Zuckerberg said. “We can’t sit here and assume that because America is today the leader that it will always get to be the leader if we don’t innovate.” His vision of Libra is that people would be able to send money as easily and securely as they send a text message, Zuckerberg said. 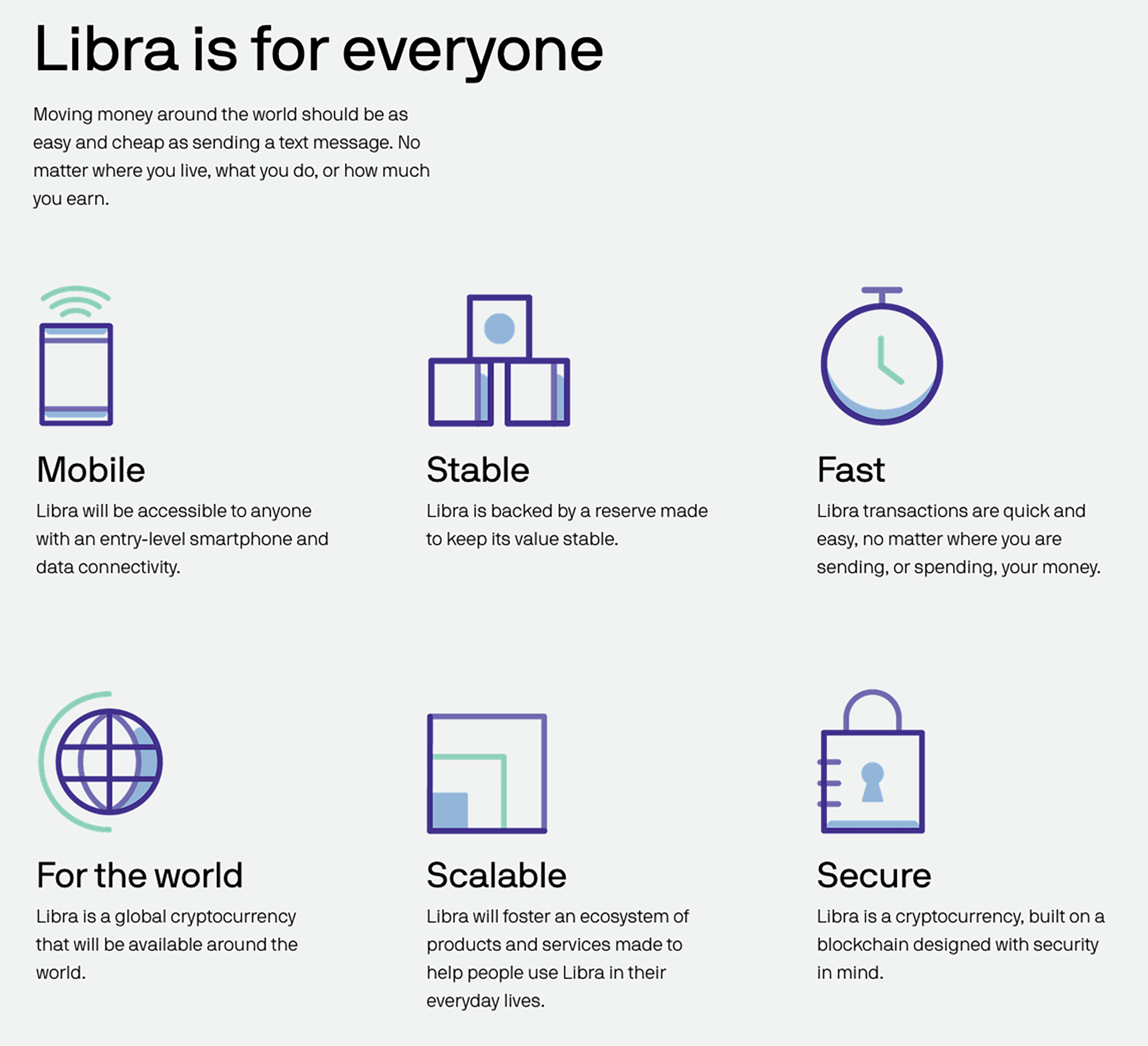 A look at how the Libra Association is touting the cryptocurrency’s potential.

The problem with political ads

Zuckerberg also discussed Facebook’s efforts to thwart the spread of misinformation while allowing the platform’s users to exercise their rights to free speech. “We do care deeply about giving people a voice and freedom of expression,” Zuckerberg said. At the same time, “we hear consistently from our community that people want us to stop the spread of misinformation,” he continued. He reported Facebook has thousands of people who work on safety and security overall.

The company, however, is not fact-checking political ads. “We believe people should be able to see for themselves what politicians are saying,” Zuckerberg said.

In the end, though, Zuckerberg acknowledged the struggle in developing policies that can identify potential harms as various as terrorism and child exploitation and hate speech. “I believe it should not sit on one company’s shoulders to make so many important decisions about speech,” he said. To that end, Facebook is creating an oversight body that will address some of these matters.

Questioning by Congressional representatives also focused on Facebook’s own record with diversity hires. Rep. William Lacy Clay (D-Mo.) noted that “despite Facebook’s commitment to address civil rights,” there is “no one in Facebook’s senior leadership with substantial civil rights experience.” Zuckerberg said the company has launched a civil rights audit and that Facebook COO Sheryl Sandberg is heading a task force within the company on that subject.