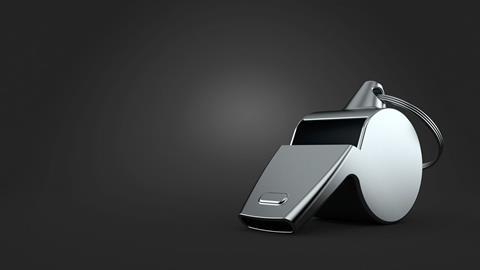 Online dictionaries do no favors for whistleblowers.

Snitch. Rat. Tattletale. The synonyms associated with the word are largely negative in connotation, suggesting betrayal on the part of the one blowing the whistle.

But in reality, these individuals are often a company’s most dedicated employees. They care about the business—so much so that witnessing wrongdoing compels them to step forward. It’s a terrible position to be in—to be the one person in an organization who says, “This is wrong. This needs to stop.”

Sure, a payout from a regulator could be waiting on the other end, but awards are distant and difficult to obtain and the process so uncertain that money is almost never a whistleblower’s initial motivation. Instead, it’s righting a wrong or preventing the repeat of a mistake.

It is with these misunderstood individuals in mind that Compliance Week sought to offer an in-depth profile of the average whistleblower. Our exclusive series, “Witness to Wrongdoing: Whistleblowers share their stories,” began publishing July 26 and concluded July 30, a date Congress has taken steps to acknowledge as “National Whistleblower Appreciation Day.”

Reporter Aaron Nicodemus spoke with a handful of whistleblowers, many of whom shared their story with the media for the first time, to explore their motivations, how they came to their decision to report wrongdoing, and the hardships they suffered along the way.

In some cases, the whistleblowers understood staying silent might cost people their lives. In others, coming forward meant stopping frauds being perpetrated against investors or taxpayers. In every case, becoming a whistleblower caused serious, long-term consequences to them, personally and professionally. Stepping forward as they did changed the course of their lives, but given the chance to do things over, none of them said they would choose to stay silent. 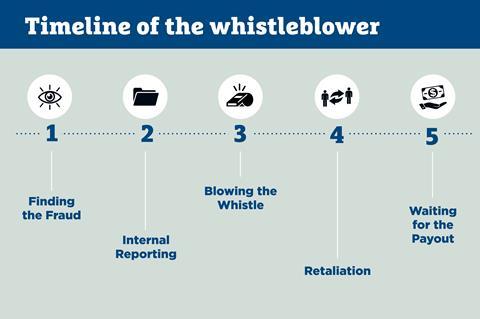 The five main stories of our “Witness to Wrongdoing” series published from July 26-30. Each story focuses on a step in the whistleblower timeline and shares the experiences of those who have been through the process.

The online package features video interviews with the whistleblowers; graphics; and expert commentary from high-ranking individuals in the compliance community, including former chief of the Securities and Exchange Commission’s Office of the Whistleblower Jane Norberg.

Compliance officers reading will come away from the series with a better understanding of whistleblowers, who can perhaps be their greatest allies. Learning to appreciate these individuals is the first step toward seeing what they really are beyond any dictionary’s interpretation.